Dr. Charlie is the founder of Pine Dental Care. He received his BS degree in Physics from Fairleigh Dickinson University in New Jersey. While in graduate school at New York University he realized that he wanted to help people more directly, so he changed professions and entered dental school. He graduated from Fairleigh Dickinson University Dental School in June of 1977. In June of 1979, he completed his pediatric dentistry specialty training at the Children's Memorial Hospital and Northwestern University. Upon graduation, he was asked to stay at the hospital as a full time attending dentist. His primary responsibilities at the hospital were the education of the pediatric dental residents and the supervision of the dental care for the children undergoing dental procedures under general anesthesia at the hospital.

He left his full time position at the hospital to open Pine Dental Care; a community based private practice dedicated to the dental and oral health of children. Since leaving the hospital he has served as the president of the Medical/ Dental Staff at the former Children's Memorial Hospital, interim head of the Division of Dentistry at CMH and a trustee on the board serving the American Academy of Pediatric Dentistry. He is a tireless advocate for children's health and prides himself on the quality of the dentists he works with. Dr. Charlie continues to be on staff  as an attending and lecturer at the Ann and Robert H. Lurie Children's hospital of Chicago.

In his spare time, Dr. Charlie likes to travel with his family. He is very enthused about his new role as a grandpa. 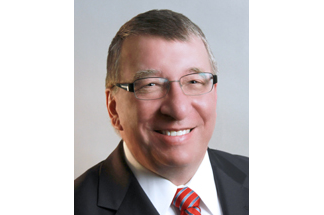